How to get Free R6 Credits

Get your R6 Credit Now 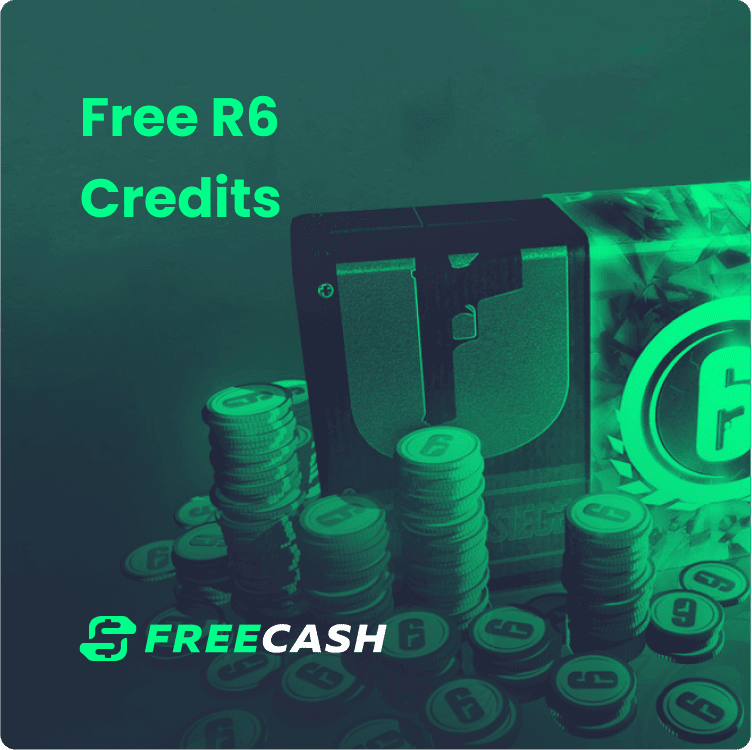 You can complete surveys, watch videos or download apps to earn coins. Some offers require a mobile phone, some offers can be done on your PC. After you earned enough coins to withdraw, you can navigate to the withdraw section, click the Steam Button and withdraw directly to your personal e-mail. Step 1
To earn free R6 Credits, you first need to make an account on our website. This can be done by simply logging in with Google or Steam and accepting the terms of service.
Step 2 After you have earned some coins you can click on "Shop". This is where you can exchange your points to R6 Credits that you can use right away. We charge no fees withdrawals, and your code will arrive within several minutes.

Get your R6 Credit Now

The highest in-game currency in Tom Clancy's Rainbow Six Siege is R6 Credits. It may be spent to acquire operators, renown, and customization goods such as weapon skins, headgear, uniforms, and elite sets. With the proper number of R6 Credits, you may enjoy a unique new gaming experience and have immediate access to a lot of fresh content! So who wouldn't want some R6 Credits to unlock those incredible Rainbow Six Siege Operators for free?

How can I get Free R6 Credits?

Get your Free R6 Credits in just a few quick steps at freecash.com! All you have to do is sign up for an account, take some paid surveys, watch videos or complete offers. You'll receive the Free R6 Credits in your email after redeeming points for it!

Freecash is a website that connects companies and consumers in an effort to advertise their products, apps and surveys. Users can choose from featured tasks at the top of each page such as downloading an app or completing 5 levels within 2 days for $4 worth of coins which they can cash out using PayPal, VISA cards, Bitcoin & many other gift card options.

Currently working with over 100 advertisers, Freecash allows users to earn money by performing simple tasks like downloading certain apps or answering survey questions online. With 1000 points equal to one dollar, you are able to use these rewards on things like R6 Credits along with more!

What can I do with my Free R6 Credits?

Rainbow Six Siege's premium in-game money, R6 Credits, can be used to purchase game-related goods that enhance your gaming experience. The most remarkable function you may use R6 Credits on is Operators; this allows you to play a new game mode. Here are some more examples of what you may get with R6 Credits:

Ubisoft's Tom Clancy's Rainbow Six Siege (often shortened to Rainbow Six Siege or R6) is an online tactical shooter video game published by Ubisoft. It was launched worldwide for Microsoft Windows, PlayStation 4, and Xbox One on December 1, 2015. The game places a premium on environmental destruction and cooperation between players. In various gameplay modes, such as saving a hostage, defusing a bomb, and seizing control of a capture point, players take the role of an attacker or defender. There is no campaign in the game, but it does include a number of short activities that can be completed alone. These missions have a loose narrative, focusing on recruits going through training to prepare them for future encounters with the White Masks, a terrorist group that threatens the safety of the world.

How to get Free IMVU Credits

How to get Free Robux Gift Cards

How to get Free PUBG UC